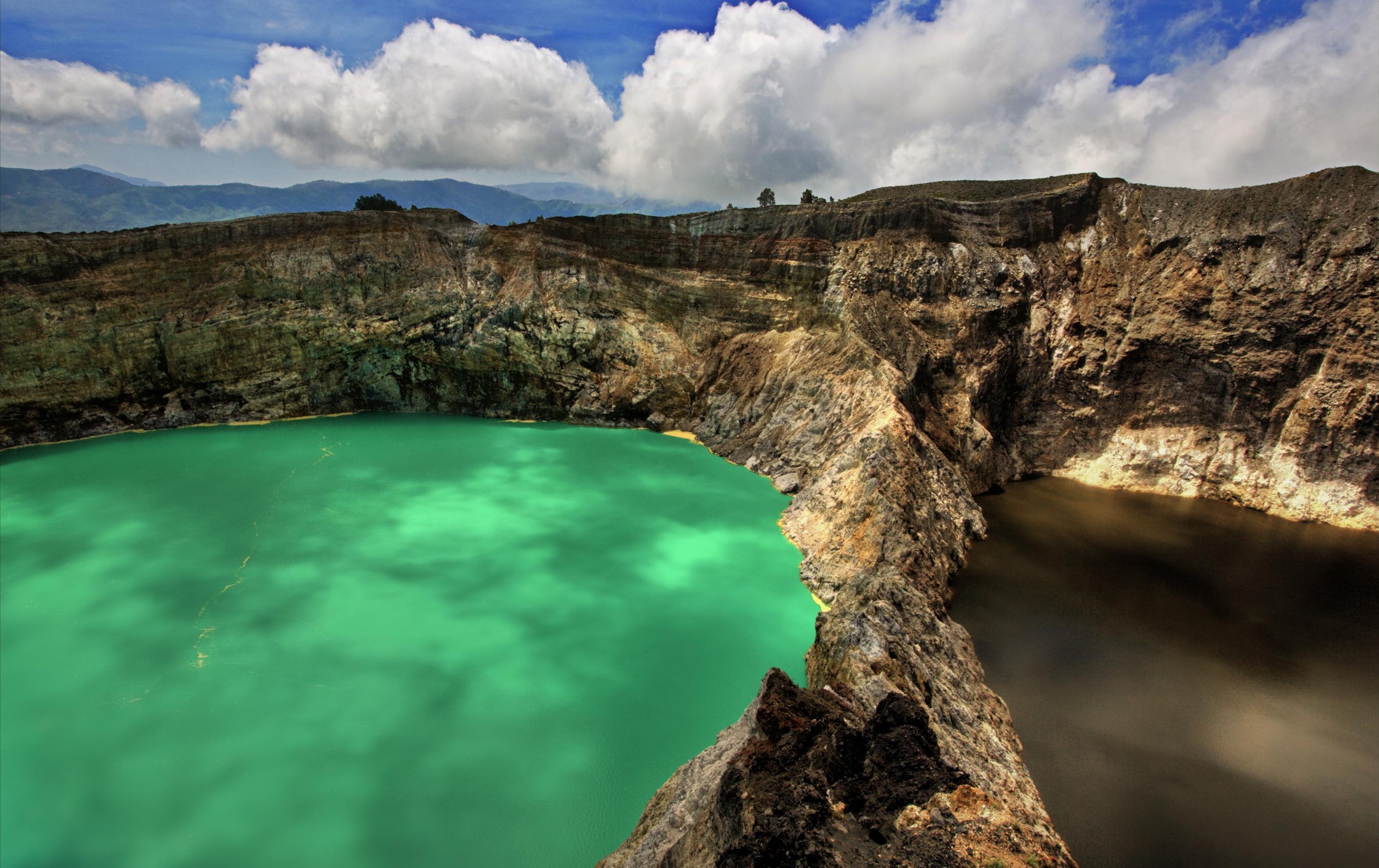 Some people may only dream about trekking to Mt Kelimutu on the island of Flores with its three colored lakes, while others make it a reality. The challenging trip in a rented polished 7-seater car can make one entertained for hours because of the endless winding road. However, being shaken by the sharp curves in the road that cuts through the 350-km long Flores Island is a worthy price to pay to witness the ultimate top-drawer panoramas that Flores has to offer.

Mt. Kelimutu National Park is the smallest among six national parks in the stretch between Bali and the Nusatenggara islands. Its size obviously does not matter much when it offers one of the most spectacular wonders that nature has to offer. There are three lakes on the mountain sharing the same name, Kelimutu, meaning ‘the boiling lake’. Each has its own colors and a local name. But all are believed to be the resting place of departed souls.

Located some 66 km. from the town of Ende or 83 km. from Maumere, Lake Kelimutu was discovered by a Dutch named Van Such Telen in 1915. It gained global fame after Y. Bouman wrote in his notes in 1929 about the bizarre color-changing lakes.

As travelers start ascending from Moni, a small rural town, a basecamp for backpackers, idyllic views appear which will remain perfect in the mind. The westernmost lake is named Tiwu Ata Mbupu, meaning ‘the lake of old people’. The middle one is called Tiwu Nuwa Muri Koo Fai, or ‘the lake for young men and maiden’. The easternmost is called Tiwu Ata Polo, or ‘the lake for evils spirits’. The three lakes are quite a display as their colors keep changing.

Unlike the Blue Lake in Mt. Gambier, South Australia, that changes color from blue to cold steel grey within a predictable period, or Lake Yudamari in Mt. Nakadake, in Japan, that changes from blue-green to green,  the Kelimutu  lakes are unpredictable as to when and what color they will change into. Sometimes, the colors are blue, green, and black, and some other times they turn to white, red, and blue. The last time a traveler saw them, one was dark brown, just like a pond of chocolate. Previously, the east lake was red and the middle lake was blue.

Scientifically speaking, lakes change colors due to subaqueous fumaroles. Scientists believe that these are the result of minor phreatic eruptions in ancient time. The phenomenon here, however, are of particular interest to geologists since the three lakes present different colors but are yet located on the peak of the same volcano. The local ranger in the national park explained that this is due to chemical reactions of materials contained in the lake, triggered by volcanic gaseous activities. The local people in Moni, however, believe that somehow people around the mountain have done something evil and have died there.

Here are also endemic mice, deer, porcupines, and the legendary luwak or civet (Pharadoxurus hermaphroditus) that gained its fame for the expensive coffee it produces. Visit Mt. Kelimutu and the three-colored lakes as an essential part of your Flores adventure.