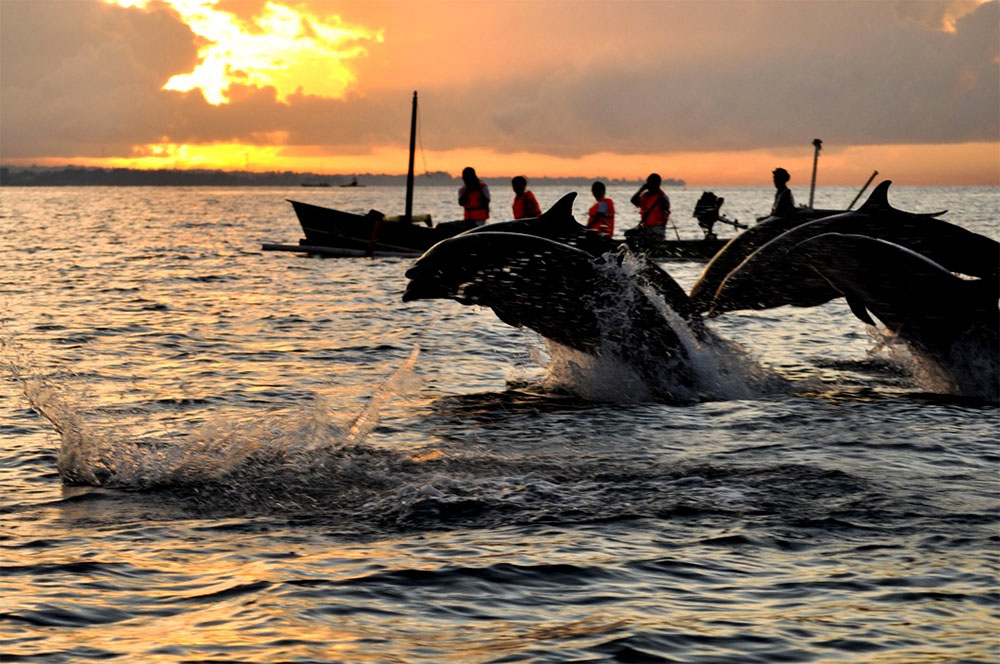 If you are looking for a completely different holiday, different from South Bali’s Kuta-Seminyak vibrant atmosphere, then you should head north to Bali’s Lovina Beach. Situated some 9 Km from Singaraja, capital city of the Buleleng Regency, Lovina Beach  facing the Bali Sea is the perfect definition of tranquility, where one can  enjoy the true meaning of a laid back and relaxed life.

Lovina stretches across a swathe of over 8 kms coastline comprising a string of coastal villages, which are: Kaliasem,Kalibukbuk,Anturan, and Tukad Mungga – collectively known as Lovina. The heart of Lovina is the village of Kalibukbuk situated  in the  Buleleng District, Buleleng Regency.

Unlike other white-sand beaches on Bali, Lovina  beach is of  grey and black volcanic sand. Just as the nearby Pemuteran Beach, Lovina also features incredible underwater life to plunge in  for those who enjoy diving and snorkeling. But, the main attraction here are the bottle-nosed dolphins (Tursiops truncates)n who haved made this coast their playground. .

Dolphins normally appear early in the morning just when the first rays of the sun rise on the horizon. These incredibly smart creatures will come and swim near boats and cavort around creating a truly fascinatingspectacle of nature.  This  anazing attraction can be viewed from traditional boats called “Jukung” that are offered by many operators or individuals on shore.

The name Lovina itself is said to be  derived from the word “Love” and “Ina” which is  Balinese for "mother". Therefore, Lovina means Love for the Motherland or the country. The name Lovina was once banned from being  used here since it was considered alien, so that tourist businesses in the area used alternatived names such as Manggala, Krisna, Angsoka,or  Nirwana. However, when tourism to north Bali grewsignificantly, the name Lovina was used again since it was easier for  tourists to remember and  was, therefore,  favored by tour operators.

The history of Lovina cannot be separated from  Anak Agung Panji Tisna who had travelled all over Asia and Europe. He became interested in the way of life of the people in Bombay, India, which led him toreplicate this in Buleleng. Returning from abroad in 1953, Anak Agung Panji Tisna immediately applied his ideas and established an inn called Lovina on his plot of  land. The facility featured a 3 room cottage with a seaside restaurant. Over time, Lovina grew from a simple cottage to an extensive tourist destination.