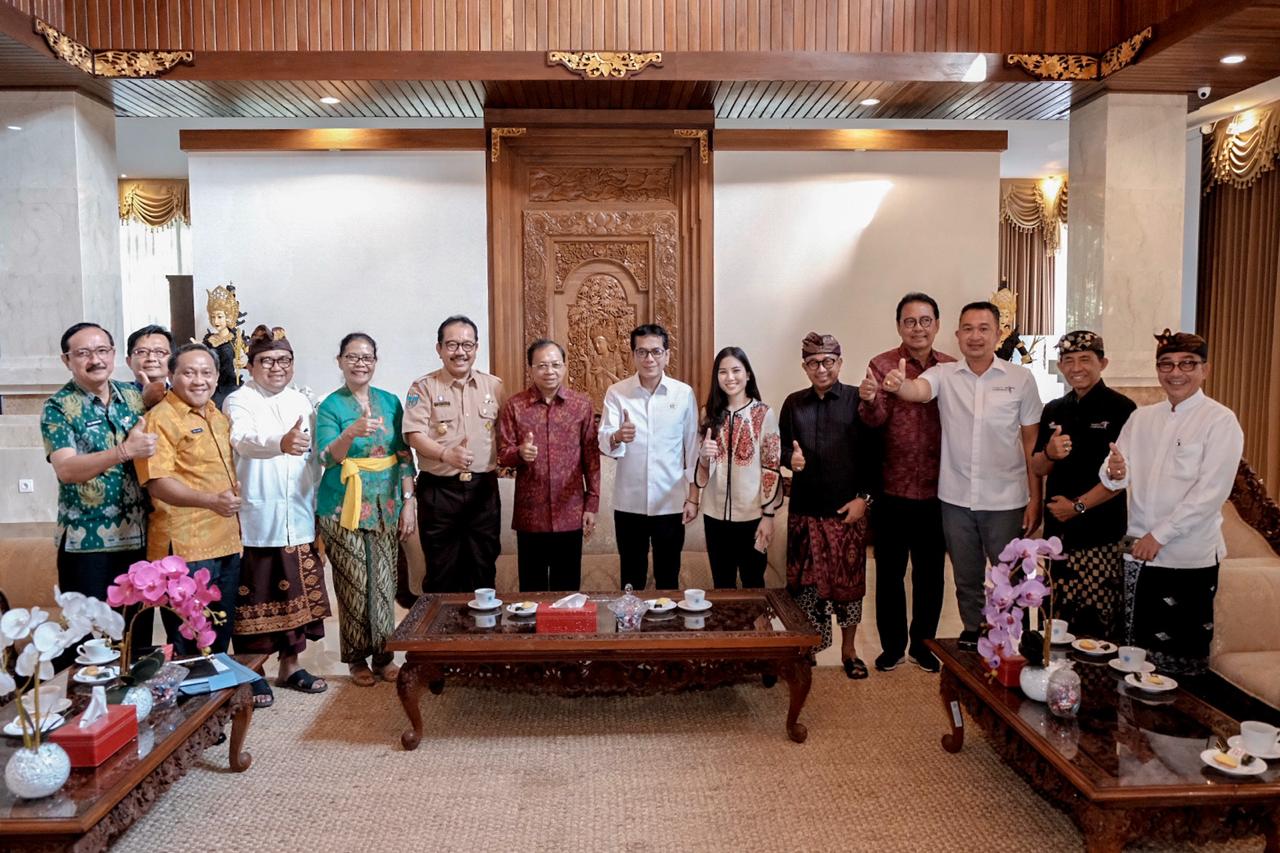 In His Visit To Bali, Wishnutama Exposed a New Paradigm of Tourism and Creative Economy

PATADaily.id — The Minister of Tourism and Creative Economy Wishnutama Kusubandio explained a new paradigm in developing tourism and Indonesia's creative economy for the near future.

Wishnutama Kusubandio, who made his first working visit to Bali with Deputy Minister of Tourism and Creative Economy Angela Tanoesoedibjo, was the keynote speaker at the 'Indonesia Tourism Outlook 2020' event at the Bali Nusa Dua Convention Center, Friday (11/22/2019).

He said, by President Joko Widodo's directives, Indonesia's tourism development for the future should be adjusted to the new paradigm that should not be oriented to numbers, but rather to its quality.

"Quality tourism over mass tourism. So one of the strategies is to target the segment with higher spending," as mentioned by Kusubandio in a press release received by patadaily.id at the end of last week.

Furthermore, building creative industries and increasing creative economy export products are crucial for its improvement. It is also worth noting that human resources are essential, as well as facilitating business licenses and the growing competitiveness of tourism and the creative economy.

"Some of the major components are the added value of the industry and the creative economy, environmental carrying capacity, and creating an image of highly competitive tourism with the local and archipelago sites," Wishnutama said.

During their visit to Bali, Wishnutama Kusubandio and Angela Tanoesoedibjo also met with Deputy Governor of Bali Cok Ace, who welcomed the two with lunch at Puri Santrian, Bali.

The trip continued with a visit to Bali's Governor Wayan Koster's official residence. "In discussion with Mr. Wayan, we have agreed to establish a commitment to further develop Bali and Indonesia tourism," he said.

Afterward, Wishnutama and Angela, accompanied by the Chairman of the Indonesian Hotel and Restaurant Association (PHRI) Bali Ray Suryawijaya, visited one of the venues used for organizing events in the Badung area.

"Bali's position is critical as the central site of Indonesia's tourism, which brings almost 40 percent of tourists to Indonesia. Hence the reason why I visited Bali. Next, I will visit other destinations that are believed to have the same potential as Bali," as quoted from Wishnutama. (Gabriel Bobby)