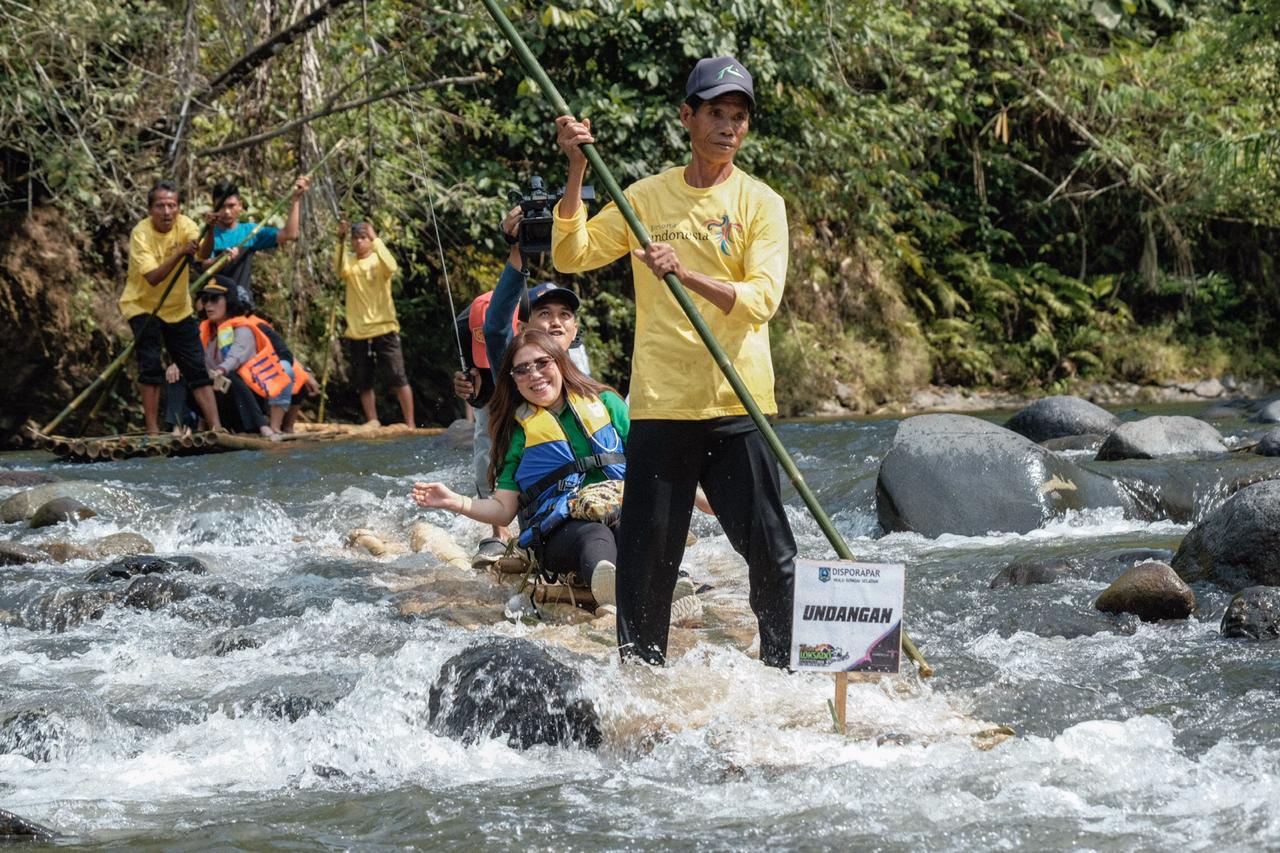 PATADaily.id — The expertise of jockeys in controlling Lanting Paring (a bamboo raft made by the Loksado community) through the rapids of the Amandit River became the main attraction in the 2019 Loksado Festival which took place on November 22-24, 2019.

The Loksado Festival is part of the 100 Calendar of Events of the Ministry of Tourism and Creative Economy, which is now in its second year.

Arliyan Syahrial, Head of the Youth, Sports, and Tourism of South Hulu Sungai Regency, stated that their ancestors used lanting Paring for transporting goods to be sold.

Their ancestors could travel for up to one full day, carrying their farm goods such as rubber, banana, and others. Once they arrive, the bamboo rafts are then sold to bamboo craftsmen. Afterward, they would return on foot.

"Due to cultural blend with nature, the Loksado Festival is promoted as an annual event and attraction to attract tourists here," M Arliyan Syahrial said in a press release received by patadaily.id recently.

Aside from that, the cultural attractions presented in the 2019 Loksado Festival series are also somewhat unique.

"In the past two years, in addition to preparing as many as 70 parlors, there were several supporting attractions. These are Mahumbal dishes, Madihin, and Kurung-kurung," said Arliyan.

The Mahumbal dish is a typical culinary of the Hulu Sungai Selatan community that is based on rice placed in banana leaves and added with vegetables or meat dishes cooked using bamboo.

Madihin is a genre of poetry from the Banjar tribe derived from the word madah in Arabic, which means "advice", but it can also mean "praise".

The Expert Minister of Management of the Calendar of Event (COE) and COE Team Leader Esthy Reko Astuti, welcomed the implementation of the 2019 Loksado Festival. With its unique culture and nature, the Loksado Festival has a high attraction for tourists.

"Europe is a suitable target market for this event. For that, The Ministry of Tourism and Creative Economy has also invited three media from Russia, Germany, and the Netherlands to promote the 2019 Loksado Festival," Esthy said.

Esthy added, due to its naturally preserved condition, all participants are expected to use environmentally friendly materials. From having a naturally-made booth to eliminating the use of plastic.

"The potential for sports tourism in the Loksado Festival event is tremendous; all it needs to do is make offers. Perhaps next year, further development could result in cooperation with various professional parties, such as the Indonesian Arum Jeram Federation (FAJI). By incorporating traditional bamboo rafts into professional rafting, foreign markets would be more attracted." said Esthy Reko Astuti. (Gabriel Bobby)