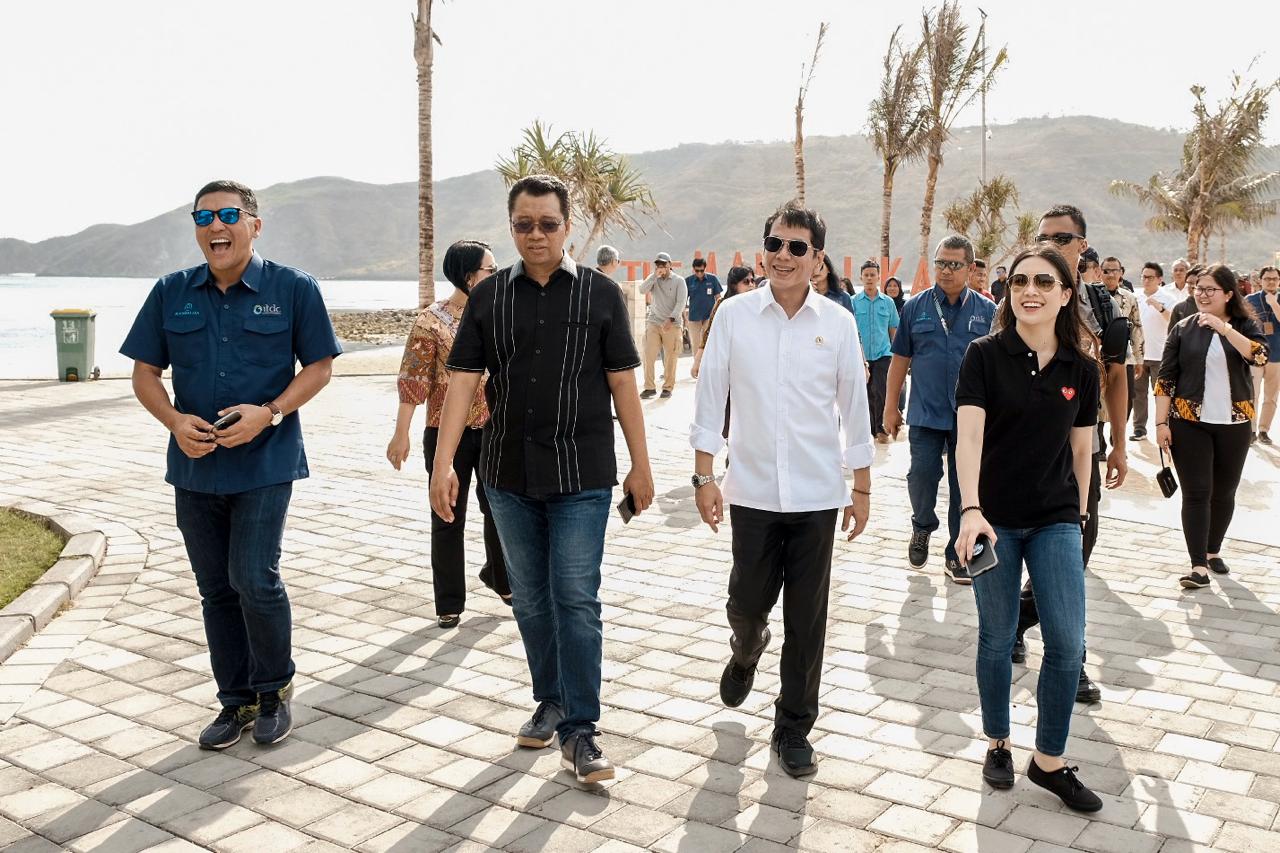 The Minister of Tourism and Creative Economy Wishnutama Kusubandio and his Vice Angela Tanoesoedibjo observed the development of priority destinations of Mandalika in West Nusa Tenggara and Labuan Bajo in East Nusa Tenggara from 27 to 29 November 2019.

The visit was to ensure the readiness of development by the government to expand the economic impact of tourism.

When visiting Mandalika Special Economic Zone, Wednesday (27/11/2019), Wishnutama saw first hand the development of Tourism, supporting infrastructure, and a street circuit in Mandalika, which will accommodate the 2021 MotoGP.

"MotoGP will certainly be one of the best international events ever. For that, the surrounding community must also be able to feel the impact of the event," he said in a press release received by patadaily.id, Friday (29/11/2019).

In addition, he also hoped that the Mandalika area will not only become a new tourist destination, but will also become an environment to grow, develop, and prosper the creative industry.

"For us, Mandalika will have an impact on tourism and the creative economy, and most importantly, bring tangible benefits to the welfare of the local community," he said.

After Mandalika, Wishnutama, along with his entourage, went to Labuan Bajo to overlook the development of infrastructure, as well as exploring the potential and utilization of local Human Resources so that it has its uniqueness.

"This is in line with future tourism trends, such as ecotourism, which is increasingly in demand by tourists. From quantity tourism to quality tourism. In other words, infrastructure, garbage, water, 'carrying capacity,' and the use of local human resources must all be managed," he said.

"The Komodo dragon is indeed a prominent attraction for tourists from all over the world to come. However, we must regulate the flow of tourists so that the Komodo ecosystem can be maintained," he stated.

In his opinion, craftsmen and souvenir sellers should be trained to diversify their handicraft products to be more unique, varied, and appealing for tourists.

"We hope that the local community will be involved and positively impacted through this development, in which the community's economy will improve by its tourism and the creative industry," he concluded. (Gabriel Bobby)