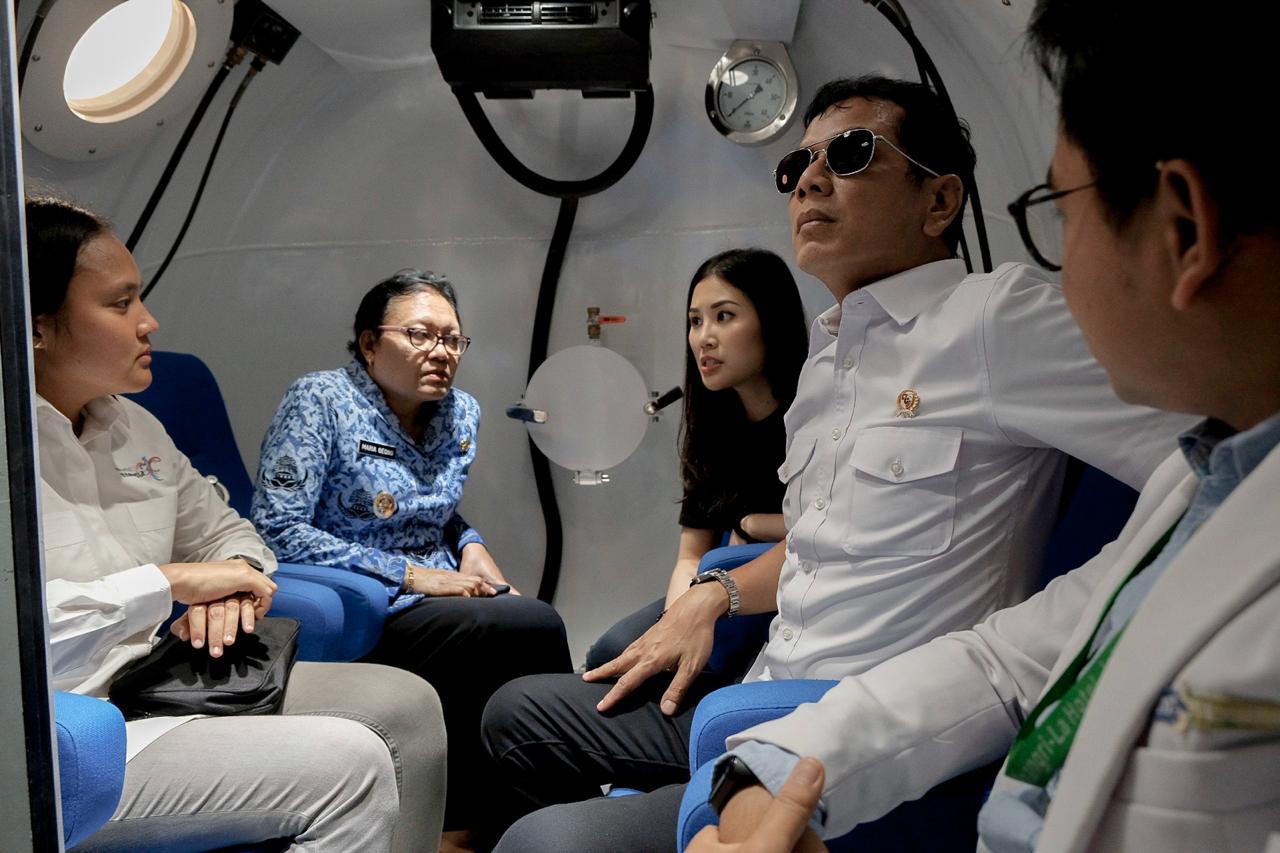 Wishnutama, when meeting representatives of the Labuan Bajo creative community in Kampung Ujung, West Manggarai, encouraged creators to partake in the development of the creative economy of Labuan Bajo.

Several representatives of the creative community in Labuan Bajo are working in coffee, painting, photography, music, and other industries.

"Looking forward, the business development of tourist destinations should involve local creative actors. This could enable the young fresh minded people to utilize their creativity by opening jobs, thus improving the welfare of the community," said Wishnutama on his visit to Labuan Bajo, West Manggarai Regency, Thursday (28/11/2019).

Wishnutama said that it was based on the direction of President Joko Widodo that the creative economy must provide benefits to the people in the regions, not merely in big cities. It should not only be a new tourist destination, but also an ecosystem to grow, develop, and prosper.

"We hope that the local community is involved and receives positive impacts from development, so that the community's economy will improve because of tourism and the creative industry," said Minister Wishnutama in a press release received by patadaily.id recently.

On the following day (30/11/2019), Wishnutama who was present with Deputy Minister of Tourism and Creative Economy Angela Tanoesoedibjo along with  Director of the Labuan Bajo Flores Tourism Authority Agency Shana Fatina, Deputy Regent of West Manggarai Maria Geong, Managing Director of ASDP Indonesia Ferry Ida Puspadewi, and Head of Batu Cermin Village Sebastian visited a number of attractions and amenities in Labuan Bajo. The series of visits is to ensure the readiness of development being focused by the government to expand the economic impact of tourism.

While in the interest of geological tourism in Batu Cermin Cave, Wishnutama explored every corner of the Cave. It is planned that Batu Cermin will become the creative shopping center of the Labuan Bajo Festival Village, with all its facilities ranging from parking areas, children's playgrounds, open stages, to culinary centers.

Furthermore, he also took the time to visit Puncak Waringin, which is currently being built by the Ministry of PUPR. Puncak Waringin will be a rest area for tourists and it allows tourist to have a glance at Labuan Bajo from afar.

Rest Area Waringin Peak was built in the style of the Archipelago Architecture. The first phase of construction is targeted for completion in December 2019 and the second phase in December 2020.

"Wishnutama will fill this rest area with the products of the creative industries of the local community. We will hope that the rest area will be a Creative Economy exhibition in Labuan Bajo," he said.

Together, the group also visited Marina Komodo Labuan Bajo and visited the Inaya Bay Hotel which is a 5-star hotel in the port area with the maximum capacity of 147 rooms equipped with several facilities, including sunset decks, rooftop bars and swimming pools.

Minister Wishnutama and his entourage also reviewed the health facilities at the Siloam Labuan Bajo Hospital which meets international standards of medical facilities. The presence of this hospital is certainly very supportive of tourism activities in Labuan Bajo. (Gabriel Bobby)